Ethiopia
Clean • Juicy • Floral
Rated 5.00 out of 5 based on 1 customer rating
(1 customer review)

Even though it’s not as chic as we always thought it was, Ethiopian Ayele Tulu makes us want to lift our pinky up in the air when drinking it. Notes of posh earl grey, lemon and calming chamomile give this bean distinct British flair and tea-like vibe that we dig, ya dig? What gives this clean and juicy cup a surprising tropical twist, however, are the tantalizingly lush notes of peach and apricot.

We’re always super excited when we get new lots from Ethiopia, as it always delivers the smoothest, most flavourful and unique coffees. This lot from the Ayele Tulu washing station in the Bona Zuria district is no exception. The 600 farmers in this area own and farm between 3 and 8 hectares of land each. They handpick the coffee cherries and deliver them to the Ayele Tulu washing station by horse or donkey.
Both the washing station – which, at 2,190m above sea level is one of the country’s highest altitude washing stations – and the beans are named after Mr Ayele Tulu, the founder. Ayele has been working in the coffee industry for over 2 decades and knows his stuff. 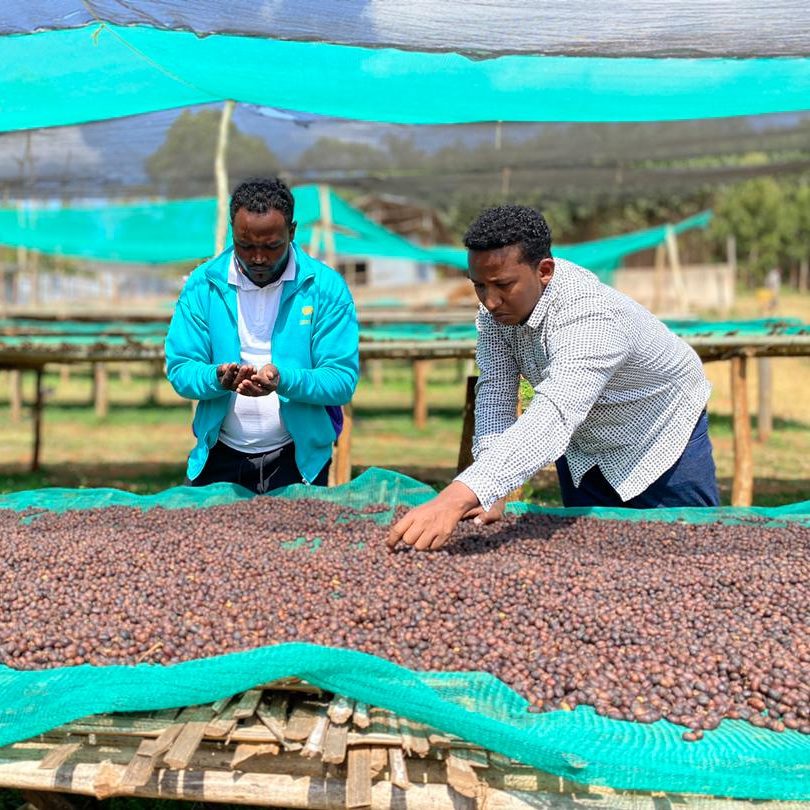 Free shipping applies in the Netherlands for orders over €40. Check free shipping options for your destination during check-out. Dismiss