Danilo Natural is a mango-flavoured coffee with a thick body and a sticky mouthfeel. It comes from Costa Rica, from the late and great Danilo Salazar’s last harvest before he passed away last spring. A true legacy coffee if there ever was one!

This coffee is so dummy thicc that it should wear yoga pants for a living. All kidding aside, this coffee is something else. Its dairy-like thickness makes Dutch people immediately go like: een beetje vreemd, maar wel lekker. Which roughly translates to: it’s a little weird, but it tastes good. Then, you’ll get hit with Danilo Natural’s surprising flavour combination: bold mango notes, combined with sweet sugarcane and slightly tangy gooseberry make way for more sophisticated, soft flavours, such as white grape, cocoa nibs and plum. Besides being thicc and bursting with flavour, this coffee has something else going on as well – it’s so sticky that it will coat the inside of your mouth for a while after you’ve finished your cup. Long-lasting flavour, y’all! 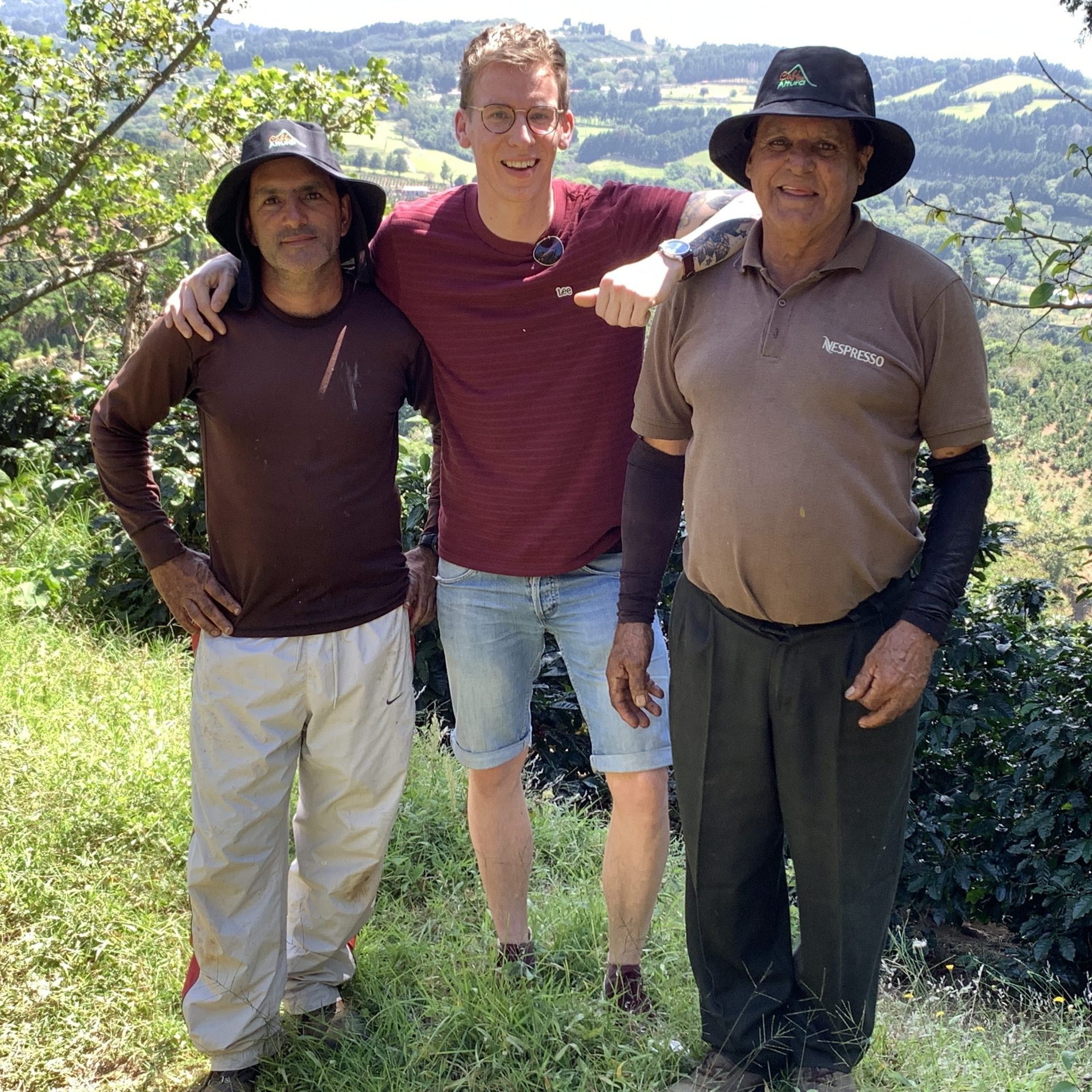 Danilo Natural is named after the farmer that cultivated this lot: Danilo Salazar. Sadly, Danilo passed away last spring, so this will be the last lot of his coffee that we’ll be able to enjoy. We will always remember him as the farmer that we had the honour to serve his own coffee to on his own farm. It was a real treat to be serving coffee between the coffee plants that the beans you’re serving come from. A memory we’ll always cherish.
Danilo’s coffee is famous for being the coffee that fermentation wizard, Esteban, used to do his fermentation experiments on, which resulted in El Diamante. This coffee – Danilo Natural – however, was untouched by Esteban and his fermenting magic, hence the name ‘Natural’, it comes as it is.
After Danilo’s death, his son took over the plantation. So even though we won’t be able to drink coffee touched by Danilo himself anymore, his spirit lives on in his son, the plantation and his plants.

Back to the beans themselves. The beans are traditionally processed with dry fermentation, before being washed and graded in channels, and dried on raised beds. Pretty standard procedure. What isn’t standard however, is roasting Kenyan coffee beans as espressos. But that’s exactly what we did. A Keen Coffee first!

Free shipping for orders over €40 in the Netherlands. Check free shipping options for your destination at check-out. Dismiss