After a couple of seasons, we were finally able to add a Peruvian Geisha to our carefully curated selection of beans: meet Hugo Pareja. With its dried apricot, jasmin, bergamot, peach and lemon notes, Hugo is strong as a mountain and delicate as a flower. In short: a complex Geisha with a great body.

Okay, so taste-wise this cup is in one word: complex. It’s definitely coffee, with a strong taste and an adult shot of caffeine but it’s also vaguely reminiscent of tea. Hugo Pareja has some light jasmine, bergamot and lemon notes, which make it delicate as a flower. But Hugo also harbours some obscure bergamot aromas and fruity peachy flavours, which perfectly round out this mystical brew from the Andes. Don’t worry, this bean is not all about flowery aromas and fruity flavours, it has a bite, too.

For a Geisha, this coffee has a great body, with a syrupy quality that we never expected but adore all the same. 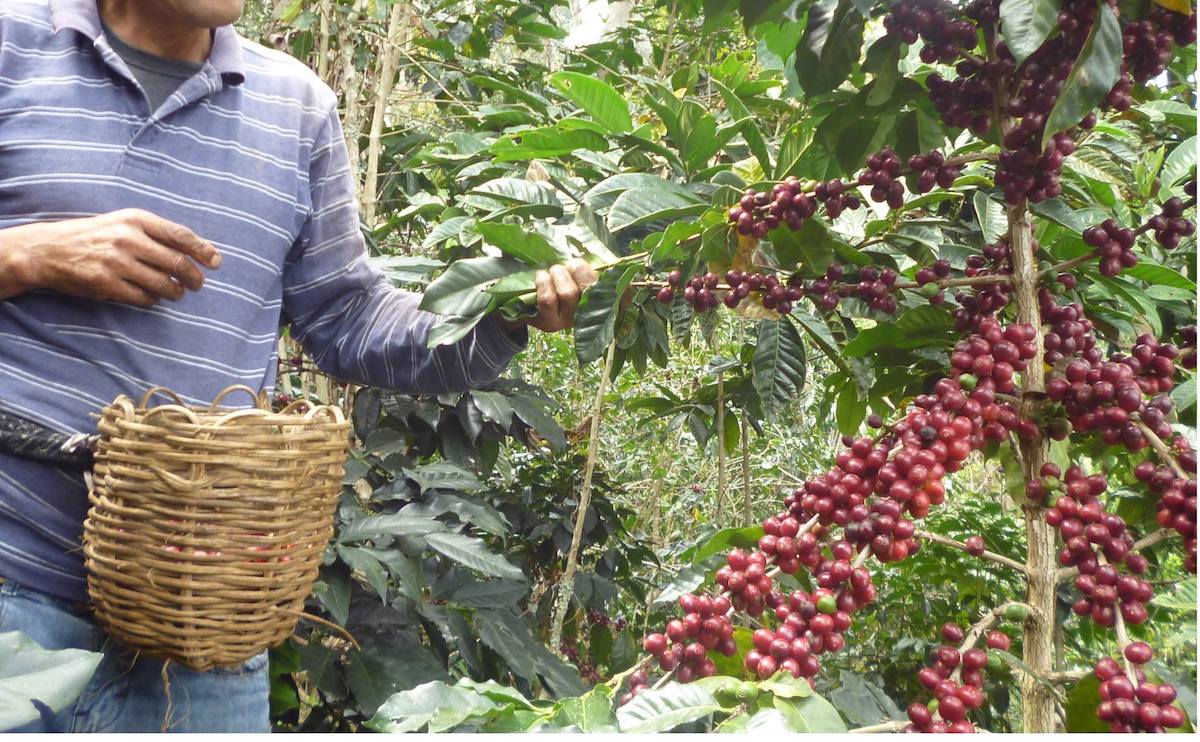 Hugo Pareja (both the farmer and the coffee that was named after him) comes from Cusco, Peru. Cusco used to be the stomping ground of ancient civilizations, such as the Inca, who built impressive citadels and left the region’s people a valuable legacy of ancestral knowledge and time-honoured traditions. Besides, its geographical and climatic conditions make Cusco an excellent agricultural region, which this coffee proves.
Hugo and his wife, Flor, followed in the footsteps of Hugo’s mother and have been cultivating coffee for over 20 years. Initially, they cultivated the Typica variety, but 6 years ago, the cooperative of which they are a part gave them a new, anonymous coffee seed to try. Fast forward to 3 years later when they harvested their first coffee cherries and the cooperative saw great potential in their crop. So, they gave them more seeds, some training and help with the improvement of their processes. The cooperation also shared their vast knowledge on selective picking and monitoring fermentation, which resulted in the bean varietal that we know and love today: the Geisha.

But this isn’t your basic, run-of-the-mill Geisha. No, friends, this particular crop of Geisha is the result of some cross-pollination action with other varieties from the area, creating the so-called “Inca Geisha”, a mutation of the Geisha variety that’s found nowhere else on the planet.
The Parejas family has set up their own nursery of 1,000 Geisha seedlings that went in the ground almost as we speak. Plant away, Hugo, plant away!

Free shipping for orders over €40 in the Netherlands. Check free shipping options for your destination at check-out. Dismiss